The official representative of Mercedes-Benz and Mitsubishi Fuso in Latvia, SIA Domenikss, has invested two million euros in the construction of a new truck sales and service center in Sauri, Stopiņi region, LETA informed the company.

Representatives of “Domenikss” pointed out that the new truck sales and service center, as well as a large car wash are located in two buildings with a total area of ​​2560 square meters. One of the buildings houses a truck showroom, service rooms, and a truck spare parts warehouse, while the other has a truck wash.

Benita Danilenko, chairman of the board of Domeniks, explained that the company continued to invest in the establishment of the center despite the economic crisis caused by the pandemic, and believes that the investment is justified given the clear forecast of growing demand in the domestic commercial transport sector.

“For example, in 2020, Domeniks increased the number of trucks sold more than three times, but together with its partners, this number was ten times higher than in 2019. In the short term, the expansion of the transportation and delivery fleet is affected by changes in Covid-19 In other words, the requirements of the European Union (EU), environmental policy trends in the world and the development trends of the global car industry will force the use of more environmentally friendly cars in Latvia as well, which will be followed by the need to maintain and renew the existing car fleet. to replace a large fleet, “said Danilenko.

She said that as a result, the company’s representatives see high potential and advantages for the development of “Domenikss” leadership.

Due to the relocation and significant capacity increase, Domenikss truck service has also expanded the range of services provided. In the future, the center will also service the running gear of the trailers, refrigeration equipment, at the same time the service will be able to service five full trains. 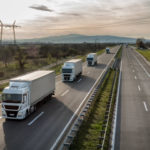 The future of heavy transport: gas, hydrogen, electricity or maybe all three? 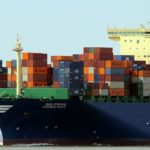 Containers “worth the gold”