opened its electric truck plant last week in Ulm, Germany, and its first

models will be ready by the end of this year. The first “Nikola Tre” truck,

powered by electricity stored in the company’s batteries, also made its

Both manufacturers have already signed a contract with the Hamburg

Port Authority for the supply of 25 Nikola Tres in early 2022. Close

cooperation and testing of electric trucks in the framework of port

At a later stage, the agreement provides for the full integration of

This year, it is planned to produce another 25 similar trucks for

customers in the United States.

platform of the Italian manufacturer Iveco. Depending on the

version, a fully charged car can travel up to 560 km. Nikola Tre is

designed for the needs of cities and regional companies: from port

“Reducing the carbon footprint of transport fleets has gained new

momentum. Although today, when it comes to CO2 emissions, we

are mostly discussing the gasification of existing freight transport,

Nikola trucks are no less important because they demonstrate

alternative technologies and show what freight In the future, cars

will drive on the roads of the Baltic States.

Of course, it will take time to improve the technology to its maximum

efficiency, but the fact that we can already see real high-performance

electric cars, operate in the fleets of specialized companies, increases

the optimism of all industry participants, “says Ernests Jakubonis,

Iveco brand manager in the Baltics. 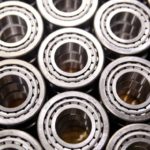 Riga is chosen for business because of the port of Riga