In connection with China’s extended blockade of goods produced in Lithuania, some Lithuanian companies are trying to route their products through the ports of Riga, Gdansk and other Baltic Sea countries, and importers from China are also looking for alternative ports, the representatives of the companies have informed.

“Exports from Lithuania to China have stopped,” Vidmants Janulevičs, president of the Lithuanian Confederation of Industrialists (LPK), told BNS.

He said that the Chinese market for its products supplier is able to said only each company, no technology sector.

The President of LPK acknowledged that the situation had not changed, although formally Lithuania was again included in the Chinese customs systems, from which it was excluded only at the beginning of December.

“Declarations are possible, but we do not receive confirmation of the completed declarations,” he described Lithuania’s “theoretical return” to China’s customs systems.

The head of Klaipeda Container Terminal and the president of the Lithuanian Stevedoring Association Vaidots Šileika said that Lithuanian producers and exporters are starting to use the ports of neighboring countries to deliver their products to the Chinese market.

“Most of it is the port of Riga, but there are also Polish ports. There are signs that cargo importers are also trying to find alternative ports,” Šileika said in a conversation with BNS.

He explained that Riga is used as the last port of unloading for imports from China, moreover, the producers and importers in the northern part of Lithuania, who had previously transported part of their cargo through Riga, are now increasing in this way.

Janulevic, president of the Lithuanian Confederation of Industrialists, admitted that entrepreneurs are looking for different opportunities, but refused to tell in more detail, because the Chinese side is closely following the information in the Lithuanian media.

However, he added that the entrepreneurs were “looking for different solutions”.

In early December, China removed Lithuania from its customs systems. Over time, the problems seemed to be resolved, but Lithuanian companies still find it difficult to declare their goods in China.

Beijing has recently put economic and diplomatic pressure on Lithuania in response to Vilnius’ decision to allow Taiwan to establish a mission in Lithuania, using the word “Taiwan” in its name as China tries to prevent any attempt by Taiwan to act as an independent state. Elsewhere in the world, such representations use the name “Taipei” as Taiwan’s capital, in line with Beijing’s expanded “one China” policy, which prevents Taiwan from being considered an independent state. 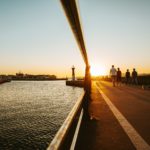